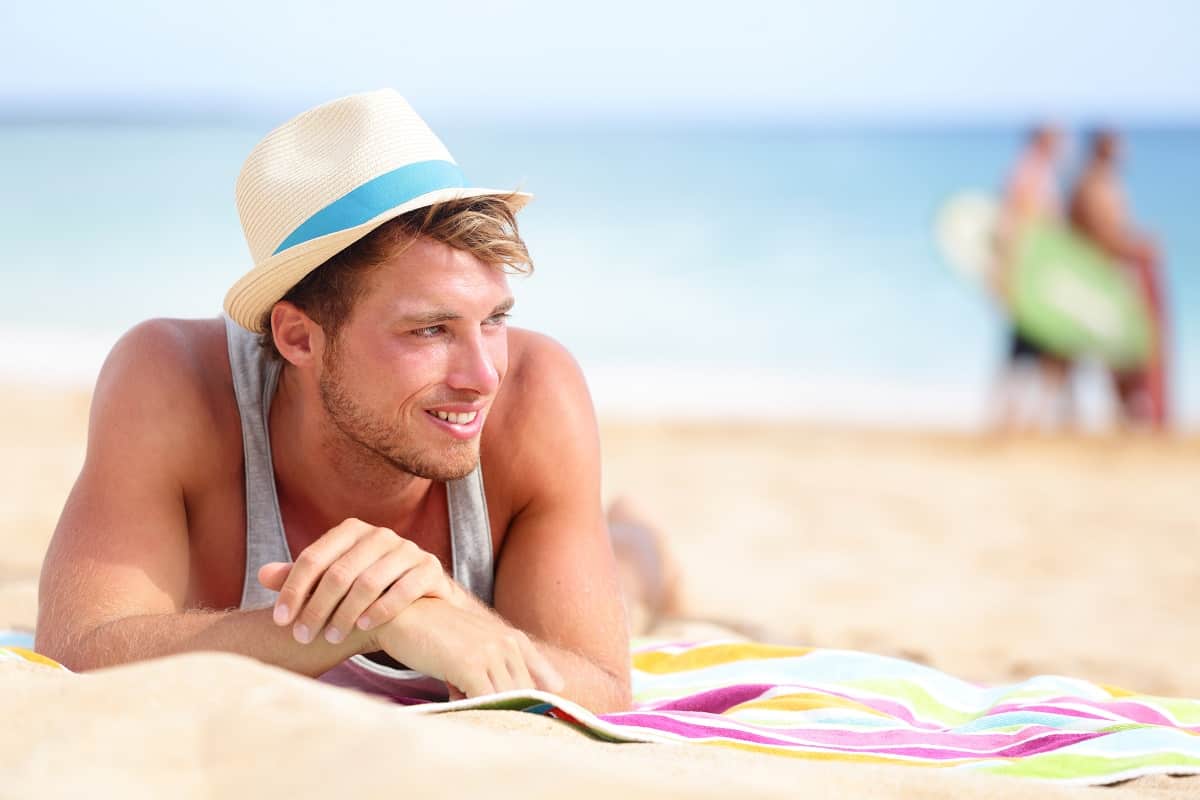 Living in Southern California, you are probably familiar with the damage that the sun can do to your skin. But did you know that the sun is also potentially harmful to your eyes?

Evidence suggests that sun exposure can contribute to the formation of pterygia, or fleshy growths that develop on the eyeball. Pterygia are common in surfers, sunbathers and other people who enjoy spending time outdoors but may not wear adequate sun protection. Thanks to our sunny location, we see a lot of cases of pterygia at Laser Eye Center.

Although in their early stages pterygia may not cause noticeable symptoms, they can grow slowly and eventually cause dry eye symptoms and compromise vision. Moderate to serious cases of pterygia must be treated with surgical procedures, such as the autograft technique.

Pterygium At a Glance

Pterygium, taken from the Greek word pterygos, meaning “little wing,” is a growth that develops on the conjunctiva, the thin covering of the white portion of the eye. Early on, a pterygium starts out slow and may not cause any serious symptoms. Sometimes it can cause symptoms similar to dry eye disease, including tearing, itching or burning eyes.

As a pterygium gradually enlarges, the pink, red or white lesion may become more noticeable and irritating. Most people find them cosmetically unappealing, and they may make it feel like something is stuck in the eye. If a pterygium approaches the center of the cornea, it may threaten to interfere with visual clarity. Particularly aggressive pterygia can lead to astigmatism and blurred vision.

The Autograft Technique for Pterygia

Large or problematic pterygia must be surgically removed, as no medical cure exists.

With simple surgical excision, there is a high risk of recurrence. But studies suggest that excising the pterygium and placing a tissue graft over the area from the patient’s own body where the lesion was removed significantly lowers the likelihood of recurrence. To achieve this, we use tissue grafts from another part of the eye (known as autografts).

During the outpatient procedure, the pterygium is surgically removed, and a graft taken from the patient’s own eye is placed over the area where the lesion was removed. The procedure takes approximately 30 minutes to one hour to perform.

Afterward, we prescribe antibiotics and/or steroid eyedrops or ointments to reduce inflammation and prevent the risk of infection or recurrence.

If you have been diagnosed with a pterygium or have noticed an unusual growth on your eye, you should schedule an appointment with our team. Call (800) 805-2737 or email us today and request an appointment.